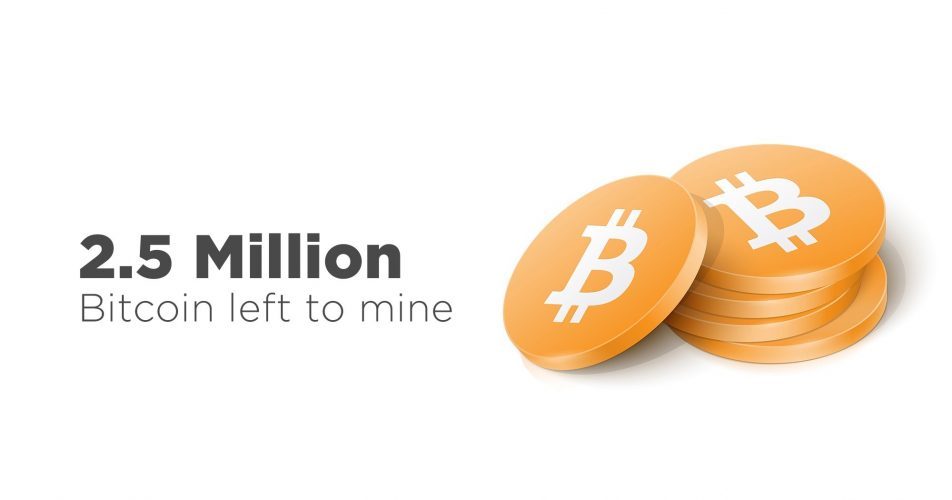 Scarcity: Only 2.5 Million Bitcoin Left to Mine (Just 11.9% of the Total Supply)

Everyone knows by now that the total number of Bitcoin (BTC) that can be issued is 21 million.

According to a recent tweet from ChartBTC, there are little over 18.5 million BTC circulation, which means that there are less than 2.5 million Bitcoins left to be mined – that’s about 11.9% of the total BTC that can be generated.

ChartBTC estimates that half of the remaining 2.5 million BTC will be mined in the next 4 years.

The issuance of new BTC is halved every four years, which means that the last Bitcoin is not expected to be mined until 2140 and no new BTC can be mined after that.

It’s also interesting to note that starting with this year, institutional demand for Bitcoin is steadily increasing.